This is my version of a salad I enjoyed at Stables Ranch Grille, one of three restaurants at the Tubac Golf Resort.  At Stables, they use arugula and serve the salad in a compressed form.  When it arrives at your table, the salad is about the size of a small can of tuna.  It seemed to loosen up and expand as I was eating it.

I’ve made this salad multiple times for pot luck dinners, so I haven’t tried the fancy, compressed presentation.  It’s still garnered rave reviews even with the down-home appearance. Seriously, people who says they don’t usualy eat salads have gone back for second helpings. 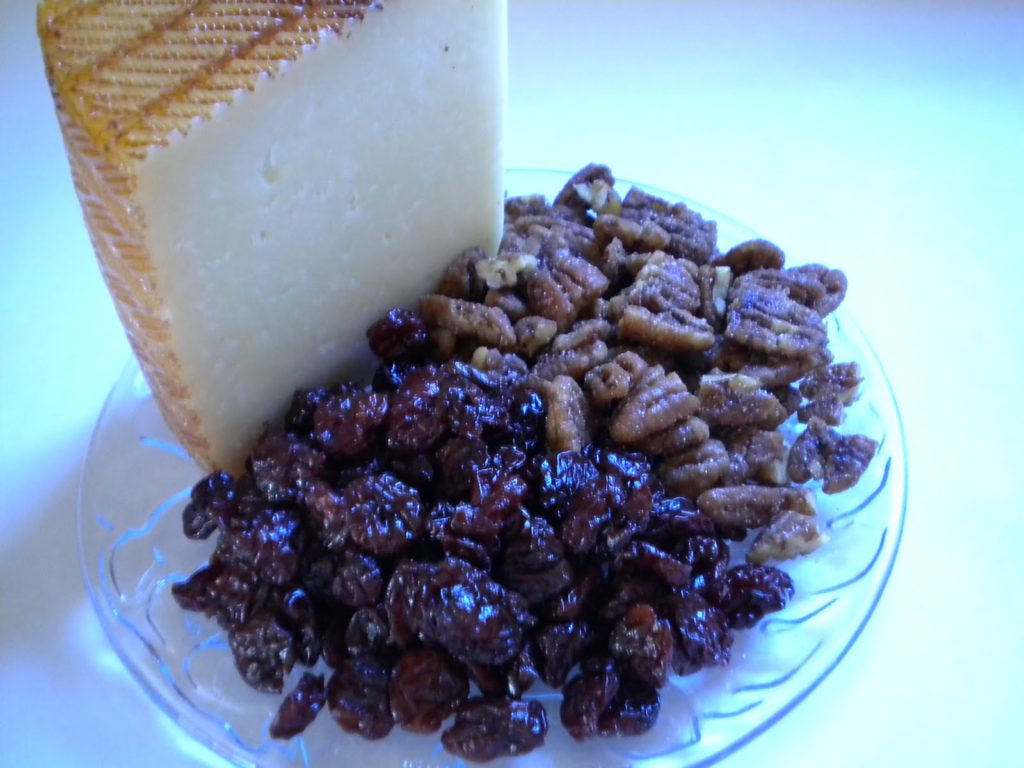 Since this is a salad, there’s no need for exact proportions.  I will say that I used two apples to serve 8.  The pecans and cherries can often be found in the bulk foods section of  Sprouts. Manchego is a Spanish cheese made from sheep’s milk; it’s becoming easier to find in the states.  I usually buy it at Sprouts or Trader Joe’s.

Peel, core, and coarsely dice the apple.  Keep diced apple in a bowl of ice water with lemon juice until ready to assemble salad.  This not only keeps the apples from turning brown, but it makes them very crisp.  Drain apples, combine with greens, pecans, cherries and cheese.  Toss with dressing and serve immediately.

PS – I made this recently and added dried cranberries, golden raisins, and fresh blueberries with the dried cherries.  Pecans weren’t available , so I made candied walnuts with this recipe.