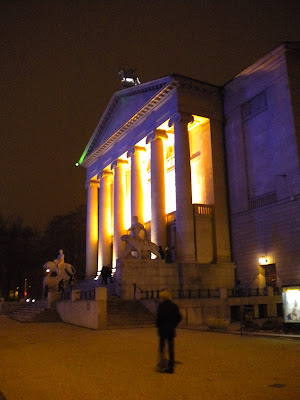 This was the first opera weve attended when our daughter wasn’t playing in the pit.  We’ve been wanting to see an opera here.  It’s a very popular pastime, and who wouldn’t be drawn to this magnificant building? 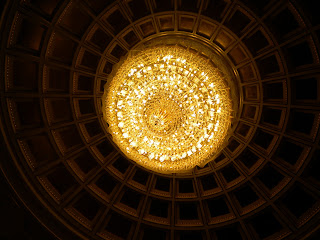 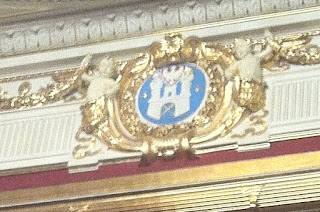 In my limited opera experience stateside, audiences tend to be older and high income.  That wasn’t the case here.  It was a total mix of people you would encounter anywhere in Poznan.  In attendance were an older elementary school group, college students, families with children.  All of the fur coats appeared to be faux, so it may not have been a particularly monied crowd. 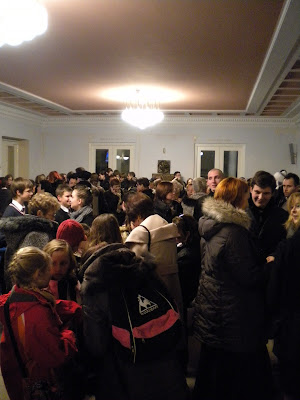 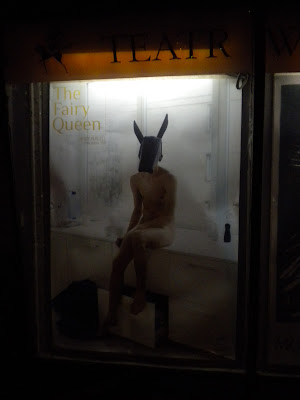 We chose The Fairy Queen (adapted from Shakespeare’s A Midsummer Night’s Dream) because it was in English.  After all, the surtitles (the lyrics projected on a sign above the stage) will be in Polish!  We realized that it doesn’t really matter if you can read the lyrics or understand the language in which the opera was written.  The acting and the music tell the story.  When the words are sung, you only pick up a few of them anyway; it’s more the music and mood created.

We stopped by The Dubliner for just one drink after the opera.  We’d been out too late the night before celebrating  Slawek’s 29th (really!) birthday at Kriek.  The occasion called for a chocolate nutella birthday cake, oczywiście!