Polish Potatoes with Dill – a simple recipe, and I’ll tell you how I made them . . . this time. They might be different next time. 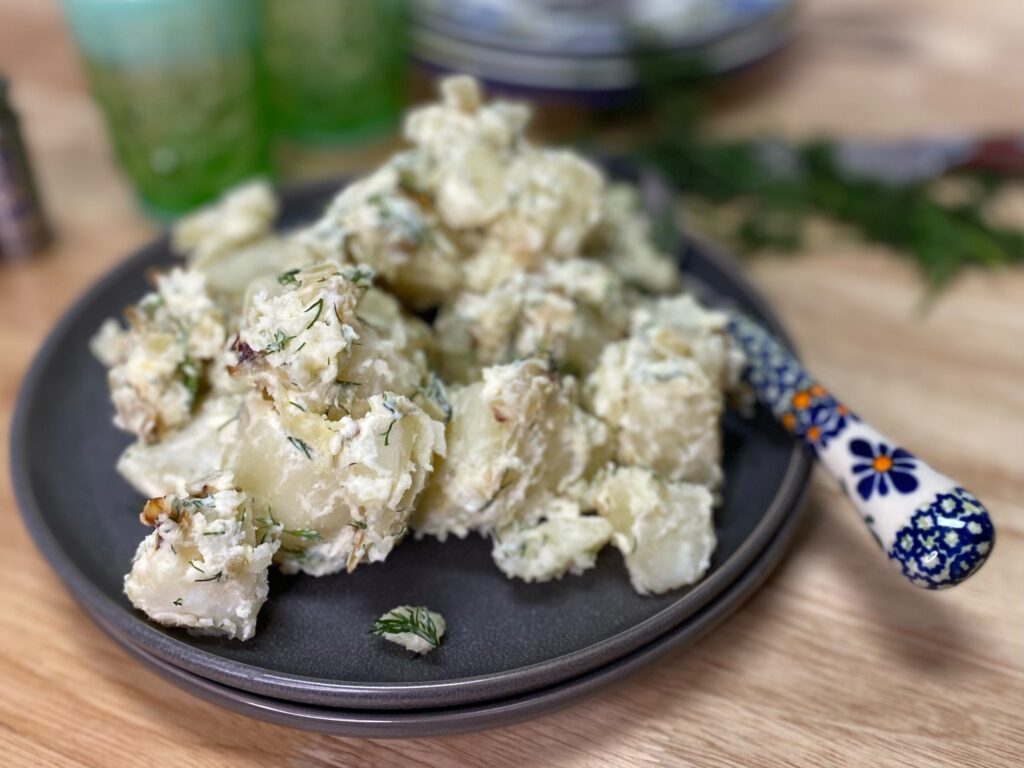 I’ll also share some of the many variations that you might like to try. Even with that, I’m sure that some will want to say, “that’s not how I make them.” Or it’s not how their mother or grandmother made them. This is a recipe made for spinoffs!

It’s also a recipe that I think you’ll use a lot, and why not? It’s the side dish that goes with just about everything. Grilling sausages? Making kotlet or pork with sauerkraut? Polish Potatoes with Dill, that’s your go-to side dish.

We’ll reheat leftovers and have them with a fried egg for breakfast.

Variations for Polish Potatoes with Dill

Polish friends had a temporary work assignment in Tucson, and when they invited us to their apartment for a supper, these potatoes were on the menu. That night, I think there might have cilantro and dill on the potatoes with butter. Savoring them, Ed said, “these just taste like Poland.”

As part of Amazon’s Associate program, purchases generate a commission at no cost to you.

Because the name is so descriptive and there are so many variations. There isn’t just one name for this recipe in Polish. It might be Młode ziemniaki z okrassą, koperkiem i zsiadłym mlekiem (new potatoes with lard, dill, and sour milk or Ziemniaki z cebulą i koperkiem (potatoes with onion and dill).

We’re cooking the potatoes whether they are new or “old” in their skins. In Poland, this is referred to as “in their uniform.” Our British friends call it “in their jacket.” It adds more flavor and keeps more of the nutrients in the potatoes.

However you finish Polish Potatoes with Dill, I know you’ll enjoy them! 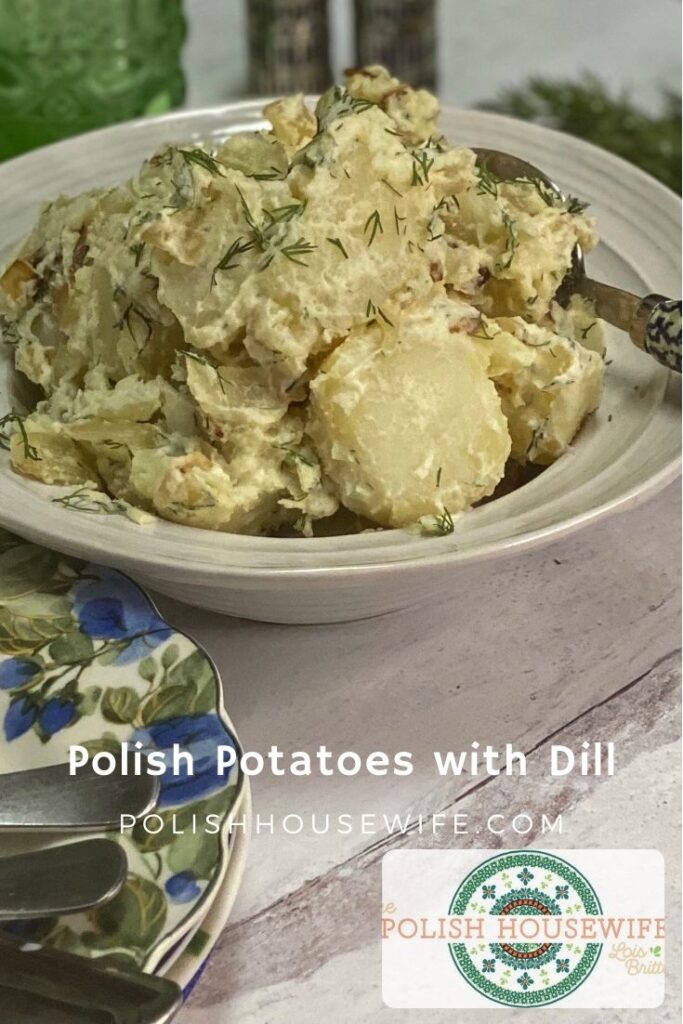 Personalize this classic side dish with what you have on hand!

If you only have dried dill, use 2 – 3 teaspoons