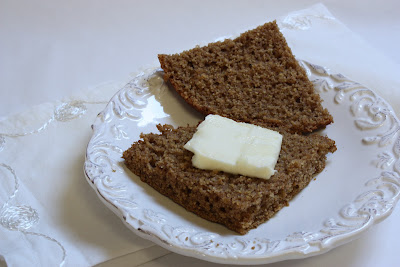 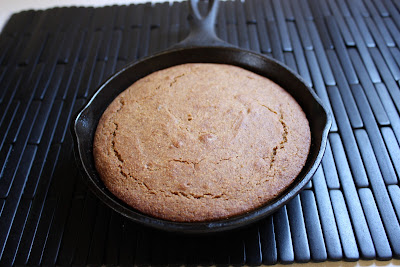 I find myself in the enviable situation of having two kinds of mesquite flour in the house.  I did a taste test and was very surprised at the difference.  I found that the Skeleton Creek flour had a lightly sweet nutty taste and aroma, but the Casa de Fruta had a much more intense flavor and bouquet.  It made me think of chocolate and raisins; no kidding, it smelled like a Cadbury Fruit and Nut Bar.  So for this recipe, I decided on Casa de Fruta. 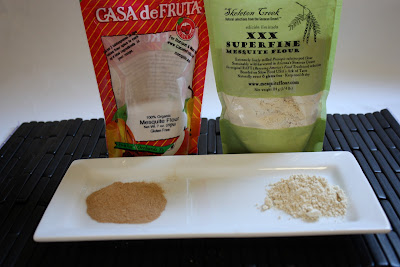 I bought the Skeleton Creek at a farmers market, and don’t get me wrong; I’m not writing them off.  It’s their mix I used to make mesquite pancakes which the whole family loved.  We enjoyed them so much that my mother is now harvesting mesquite beans beans which we will take to a Native Harvest grinding event this fall. If any of my HCB buddies would like a sample bag of mesquite flour, let me know. 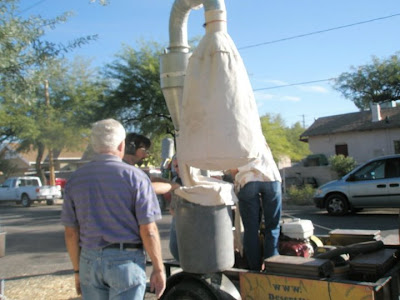 Casa de Fruta is available online and in several retail locations.  I bought this bag at Whole Foods.  I’ve corresponded with a mesquite expert from this company, so I know that they use a different process in preparing the flour.

This was a fun experiment.  I just substituted 1/2 cup of mesquite flour for part of the all-purpose flour in the recipe that was on the back of the corn meal box, but I’ve changed the recipe below to use only 1/4 cup – the mesquite flavor was a little too strong for my taste.  I’ve read that you can substitute mesquite for up to 1/4 of the wheat flour, but I think I’ll stick to 1/8 in the future.  I’m looking for the subtle addition of flavor that I found in the mesquite pancake mix.  (You can’t totally replace the all-purpose flour because the mesquite flour is gluten free, as is the corn meal, I believe.)

Heat oven to 400 degrees.  Grease an 8 or 9 inch pan. (I wanted to try out my small, 6 inch cast iron pan; there was enough batter for the small frying pan and 8 muffins.)  Combine dry ingredients, stir in liquids, mixing just until dry ingredients are moistened.  Pour batter into prepared pan.  Bake 20 to 25 minutes or until light brown and a toothpick inserted in the center comes out clean.