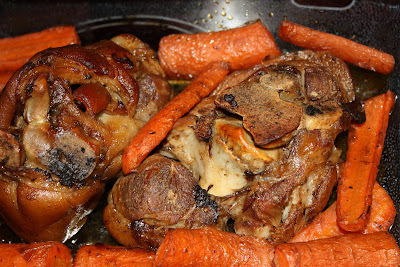 After reading Annula’s post, checking out a YouTube video, and getting guidance from Ed, who loves the golonka at the Berlin train station, I felt prepared to take on this new cut of meat.

Golonka means knuckle in Polish.  I want to compare it to the familiar ham hock, which I often include in a pot of beans, but you’ll see below that this has much more meat, and a lot less “inedible stuff” than a ham hock in the US.

It’s fantastic with a little sauerkraut, maybe some boiled potatoes, and roasted vegetables.

It’s a Polish classic. If you can find it; cook it!

A meaty knuckle, so popular in Poland

This could be served with rice or mashed potatoes.  I’m using the cooking liquid (thickened if necessary – either by whisking in  a roux or a little corn starch dissolved in cold water) as a gravy. 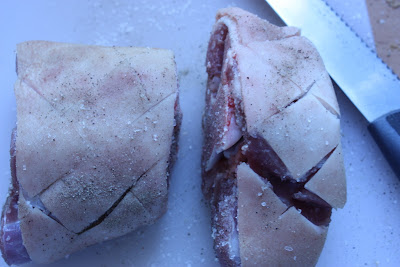 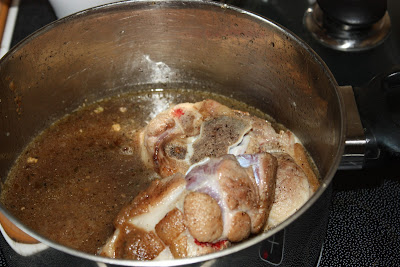