After playing Spain in Gdansk, the Irish are back.  I’ve been meeting Caroline for a bike ride at Malta after she drops her sons at school.  The camper parking at the lake was almost empty last Friday, as well as camp ground.  As you can see from the photos, they’re back! 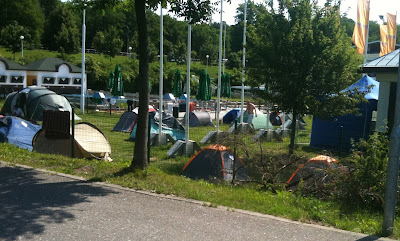 It’s no wonder they’re enjoying the lake; we do – riding 9 miles several times a week.  It’s good to have an accountability partner, otherwise, I know I would find reason to put off biking, as pleasant as it is.  The hard part is just getting out the door.  We also bribe ourselves with a coffee al fresco at one of the restaurants at the lake after our ride.  The one we visit is by the train stop.  A small train carries passengers from the west end of the lake to the zoo.  We saw a school outing on their way to the zoo today. 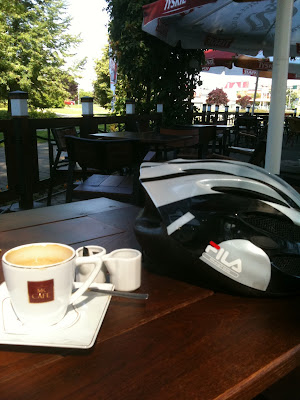 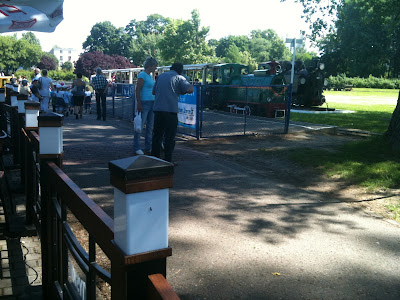 I’ve heard that 35,000 Irish fans have been in Poznan this month.  After the last match in Poznan tonight (Ireland – Italy) and the last for Ireland, they’ll be leaving.  The city has organized a farewell party in the old square this afternoon.  Posters have been put up around town saying:

Attention!
We appreciate that you make our city alive whole day and night, also and we want to thank you, Irish guys, for that!
On june 18th, at Poznan Old Market Square, at 3 p.m., Poznan people want to say goodbye to Ireland in our way!
Come there to see how we want to convince you to visit us more often!

PS – it wasn’t shots.  Poznan, lead by many of our host city volunteers, sang the songs the Irish have been singing in the Old Square, in the Fan Zone, in the stadium, on the trams, and walking down the streets.