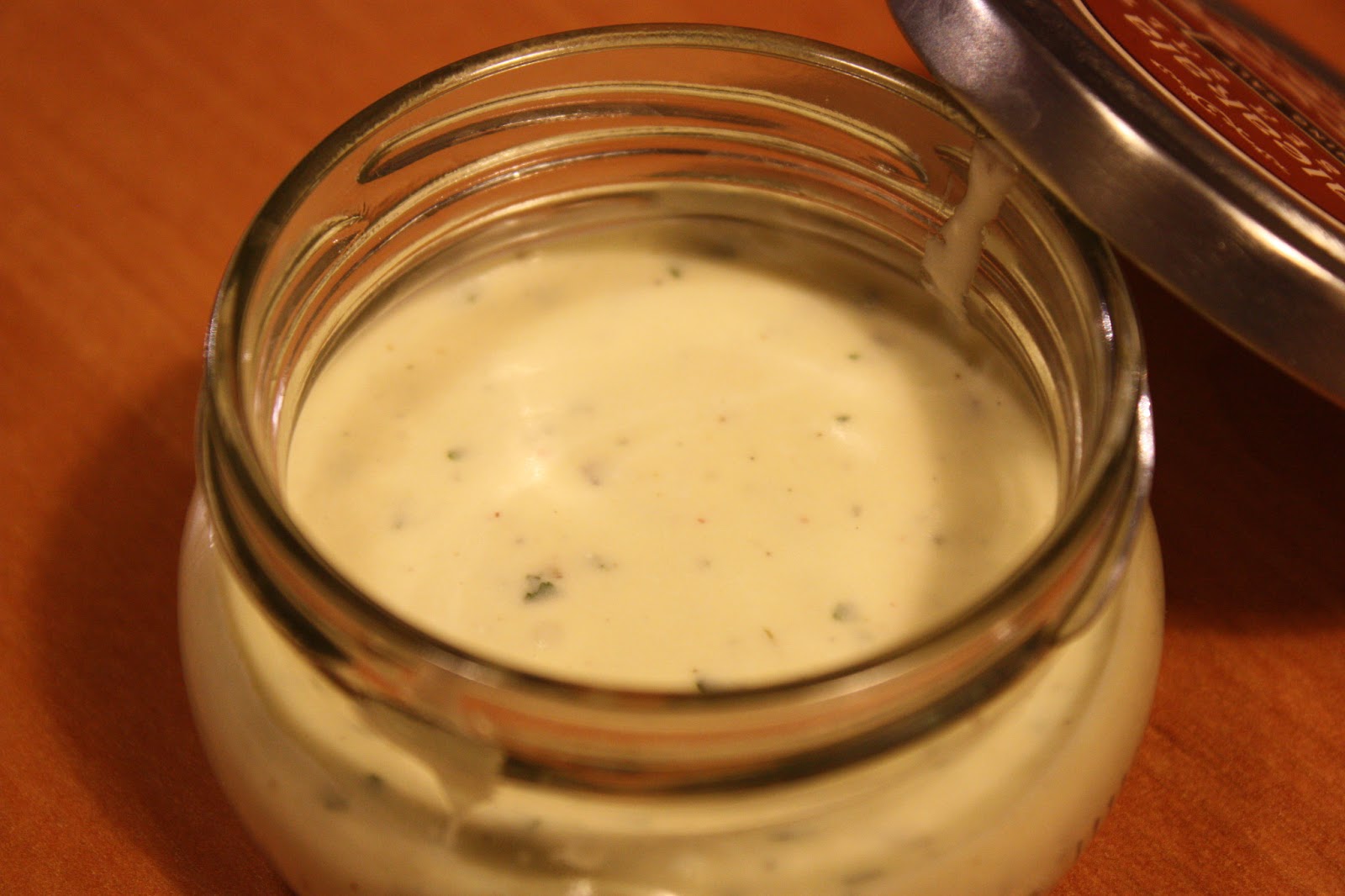 We bought some Gorgonzola, an Italian blue cheese from cow’s milk, to pair with our onion jam on a pizza and were surprised by how much we enjoyed the rich, salty flavor.  We bought another package just to mix with caramelized onions as a topper for crudites, but we both found the second cheese lacking in flavor.

Checking the cheese shelf next time we were at the supermarket, I realized that the very mild cheese had been the least expensive; you get what you pay for.  We splurged on the most expensive Gorgonzola and also a Roquefort, French blue cheese from sheep’s milk.  We enjoyed nibbling on both, and combined the two to make this dressing.

As I thought about these blue cheeses, the phrase “you either love it or you hate it,” came to mind, and I’m not the only one to whom this thought has occurred.  There are numerous sites on the Internet combining those words with blue cheese.  It even made The Huffington Post’s list of The 10 Most Polarizing Foods.  I hope they were just searching to expand their list to 10 items, because I really like these foods.  Liver is the only one I have issues with, and I have to say the last time I tried it, in a Polish home, it was very good – prepared in a way that overcame my previous objections about the taste and texture.  If these are polarizing foods, I’m afraid that we have become a nation determined to subsist on fast and overly processed foods.  What do you think?

Let me get back to the topic at hand.  After a week of sensible eating, including lots of salads with oil and vinegar, this blue cheese dressing has provided just the stimulation my taste buds craved.

1 cup crumbled blue cheese (ours was half Gorgonzola and half Roquefort)
1 teaspoon salt
1 clove garlic, minced (this would be even better if it was roasted garlic)
1/2 teaspoon black pepper
4 teaspoons dried parsley
3/4 cup mayo
1 cup sour cream
1 teaspoon vinegar (we used a champagne vinegar)