June brings a week-long arts and crafts fair to the Stary Rynek (Old Square) in Poznan.  I met a friend in the rynek for dinner Tuesday evening and she asked if I had been down to see the exhibits before, and I realized that, for one reason or another, we had been to the square everyday since they were setting up on Friday.  Even so, I don’t know if I saw it all. 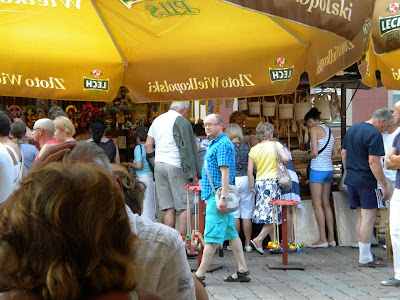 I was tempted by many booths but ended up buying a wood carving. 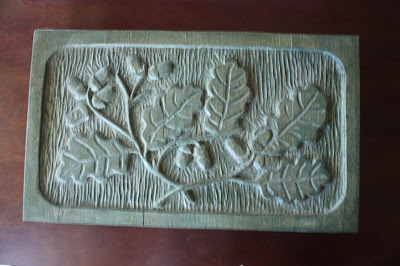 And of course there were special booths with traditional Polish food and beer. 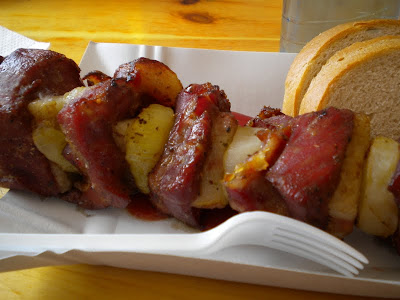 I tried the kabob.  I thought it had slices of potato in between the meat, but it was actually a slice of onion and a slice of bacon.  The meat was ham-like. 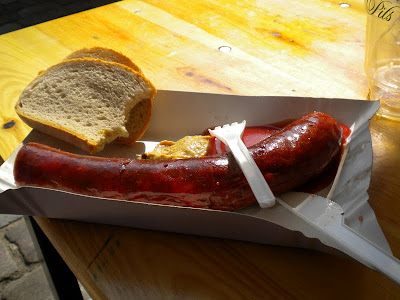 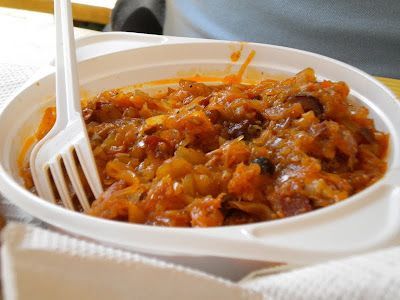 Woody had the bigos. 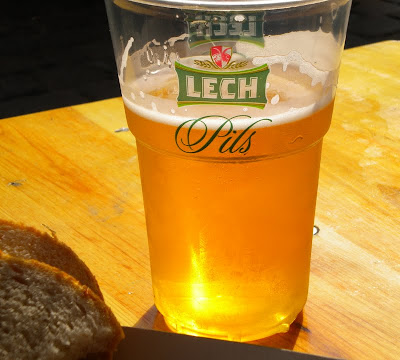 And one of our favorite establishments, The Dubliner, sponsored a booth with Ed’s favorite beer.  Lech Pils; the pils is only available in this region of Poland. 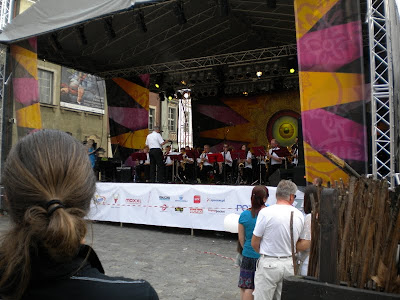 There were all kinds of musical performances over the weekend – on this stage a brass band. 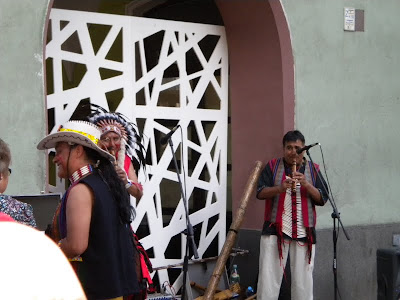 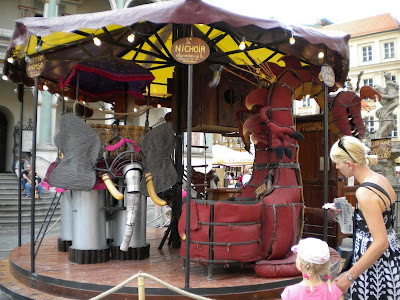 The Medieval Merry-go-round didn’t seem to have a many takers. 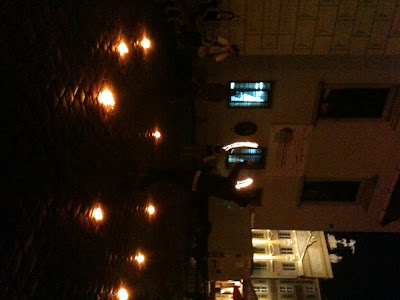 A little fire twirling to round out the evening.
Thanks for sharing!