When I was a child, tonsillectomies were very common.  I remember hearing that kids who had their tonsils removed got to eat all the ice cream they wanted.  It sounded like a pretty good deal at the time.  Years down the road, the post-surgical diet changed to something less appealing – Jell-o and Popsicles because dairy products produced phlegm and doctors didn’t want their patients coughing right after surgery, so this is something I have known for a long time.

Fast forward to 2013.  Earlier this year, Ed and I tried a three day detox diet.  The website was recommended to us by our friend, Julie, who as a cancer survivor (that sounds too passive, Julie is really more of a cancer conqueror), has a very healthy lifestyle.  To give you an idea how well it’s working for her, when we met in Scottsdale years ago to cheer on our niece and her friends at a Susan G Komen 3-Day Walk, I had to ask if she’d had some work done, a chemical peel maybe?  The answer was no, but she was seeing a naturopathic oncologist who had her eating a very healthy diet and spending a lot of time in the sauna. 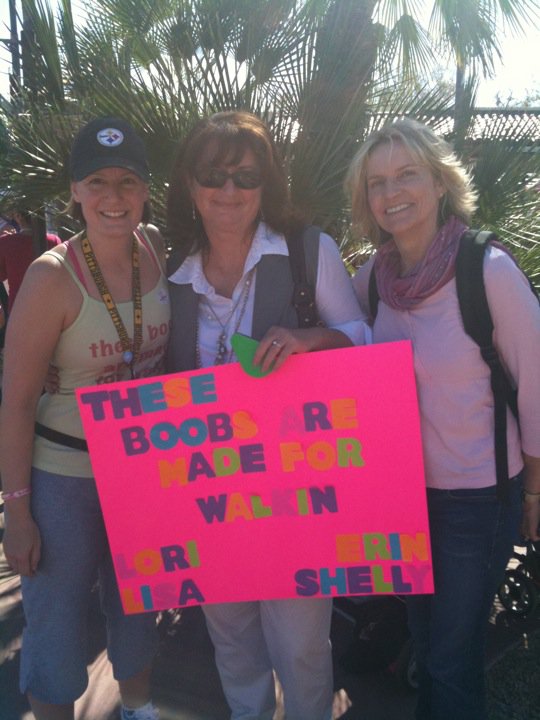 With such a glowing appearance, Julie’s recommendations carry a lot of weight.  Much to my surprise, we enjoyed the food of this detox plan and continued eating a similar menu of smoothies, soups and salads, after the 3 day period. For me the only drawback was that it involved a lot of prep work.  After a week or so, I realized that a cough I’ve had for years had disappeared.  Could it be the lack of dairy?  Yes, I think it could be!  Remind me to tell my pulmonologist who did say it was due to allergies.

Since then, we haven’t ruled out dairy, but we’re more mindful about eating it – often seeking out alternatives because it does seem to bring on coughing and sneezing.  We’ve tried almond milk and rice milk in our coffee and tea.  (As someone who is at high risk for breast cancer, I don’t like to consume soy on a regular basis.)  In the last few weeks, our supermarket has been out of almond milk, so this morning, we tried making our own.  The recipe is from the detox plan, and I wish we hadn’t waited to long to try it.  It it many times better than the almond milk we’ve been buying.  I didn’t feel at all deprived having it in my chai this morning.

It will keep in the fridge for 4 days, so if we’re not using it up quickly enough, I’ll just add it to our green smoothies rather than using water for blending. 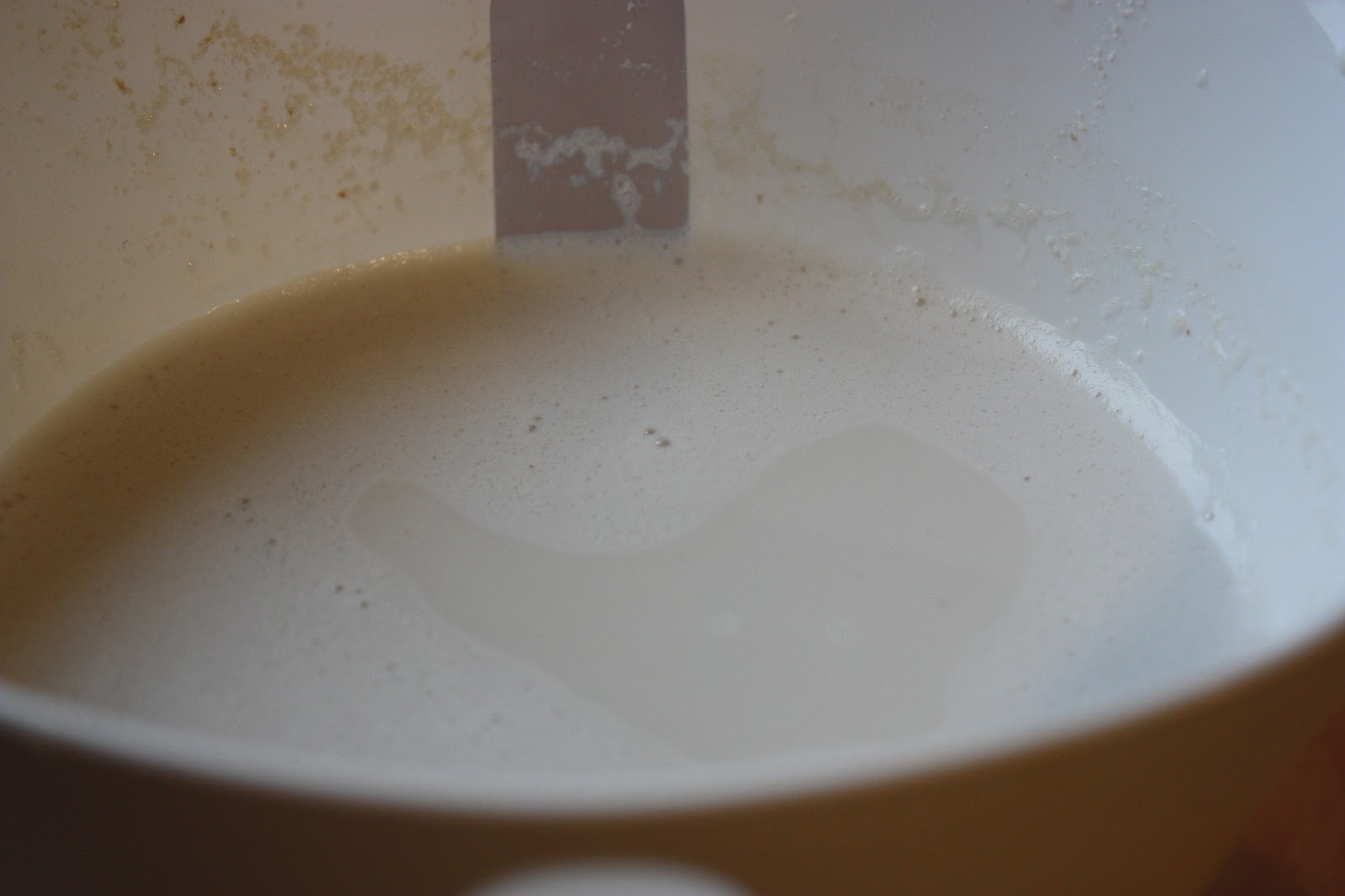 P.S. – you’ll be left with a lot of ground almond in the sieve.  We both had thoughts about how it might be used, baked goods, meatloaf, smoothies, but for now, I’m inclined to just toss it.  It seems to have lost so much flavor that there would be no point in recycling it.  If you find a suitable use, let me know! 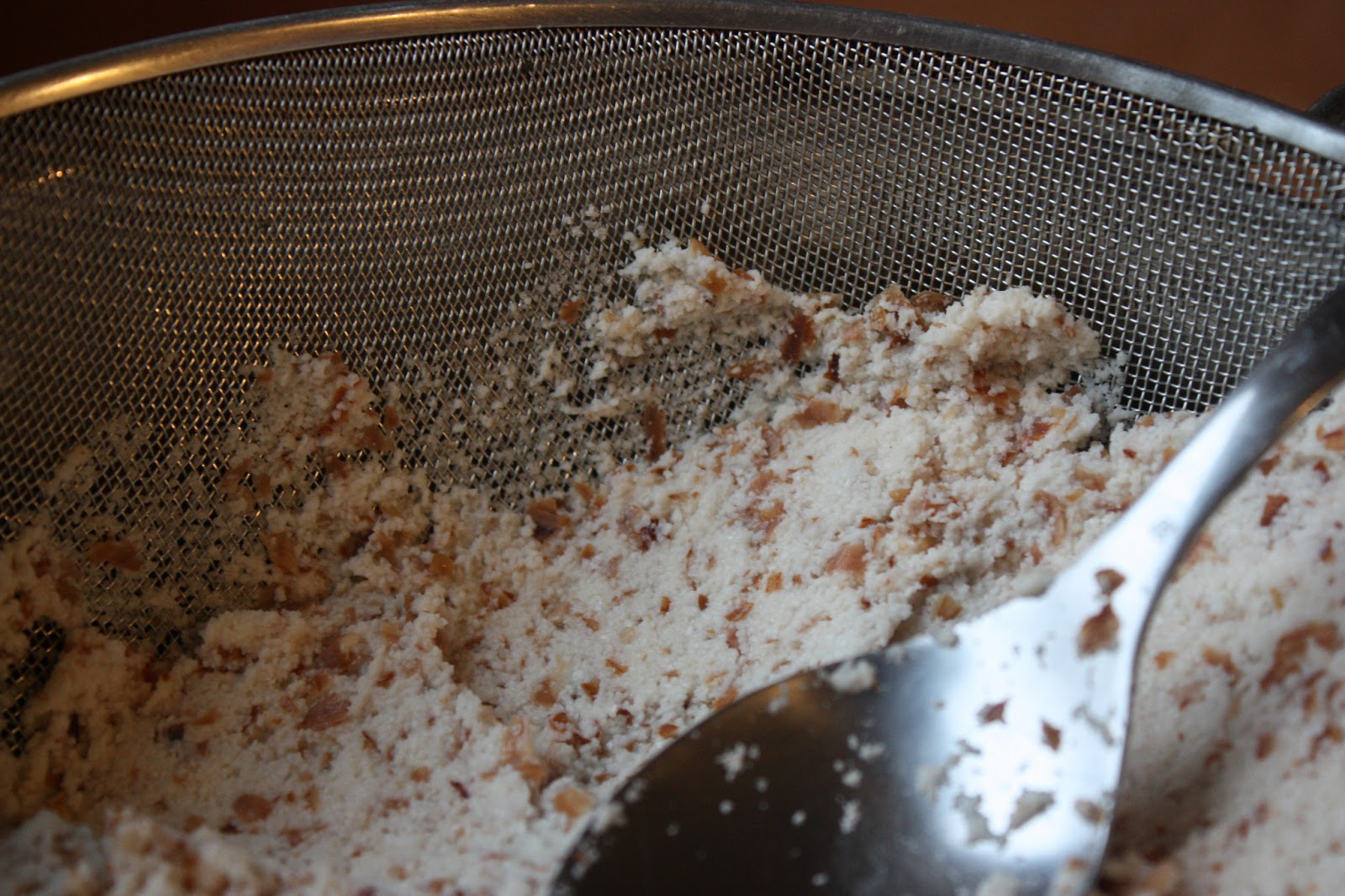